Somehow, one evening, it suddenly turned out that there was nothing to do (just some kind of miracle). I decided to create a useful thing out of scrap at hand – a voltmeter in the e30. The idea was spied on by the Americans at e30tech or maybe at r3vlimited – to place a small voltmeter on a triple seven-segment indicator in the emergency button housing. I liked the solution because the assembled device did not look alien or collective farm, but, it seems to me, it organically fit into the design.
Here is a photo of an American from the site:

Not bad.
I decided to repeat the design, but with minor modifications – the button will remain a functional button.
So what is needed: 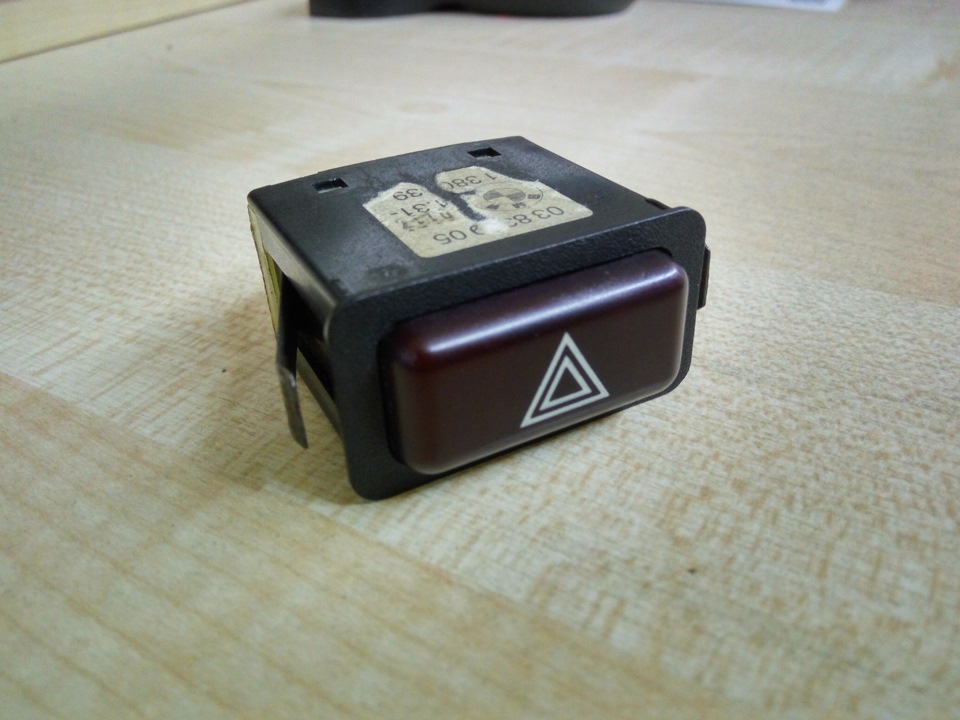 voltmeter from our chinese friends 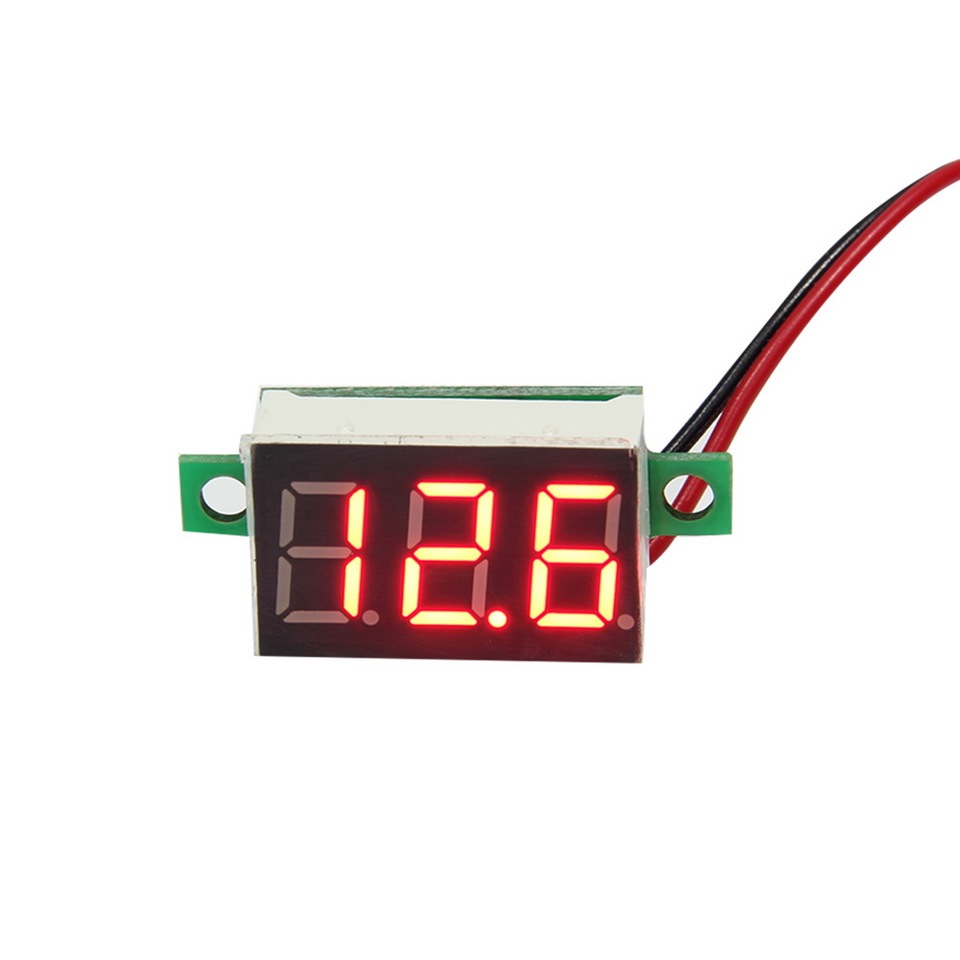 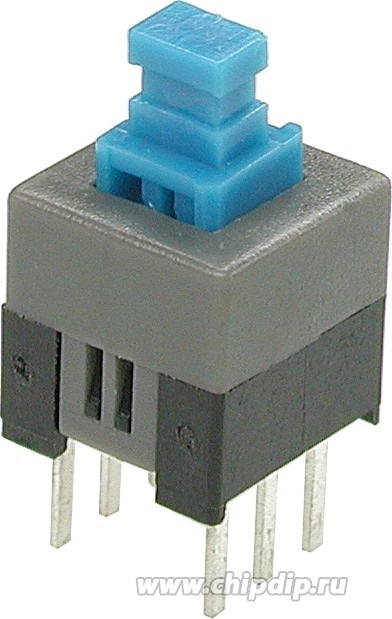 a certain number of tools, well, a couple of relatively straight arms))

I did not take photos of the process of finalizing and assembling the structure at the time of creation, so now I will try to show it on a live button and fingers)) 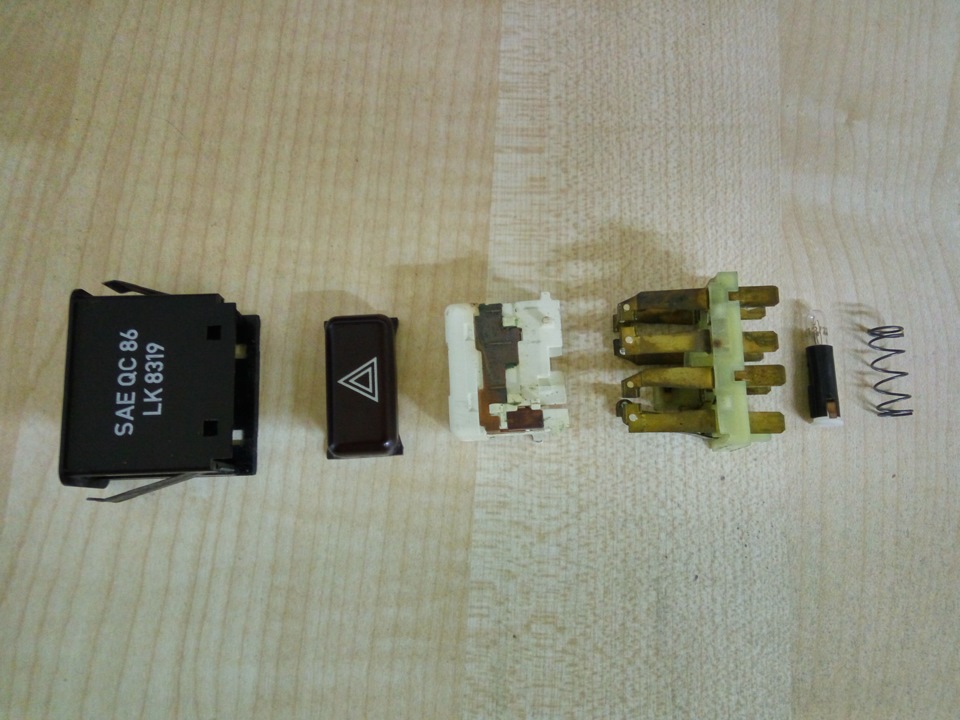 Now you need to finish the insides so that everything fits. 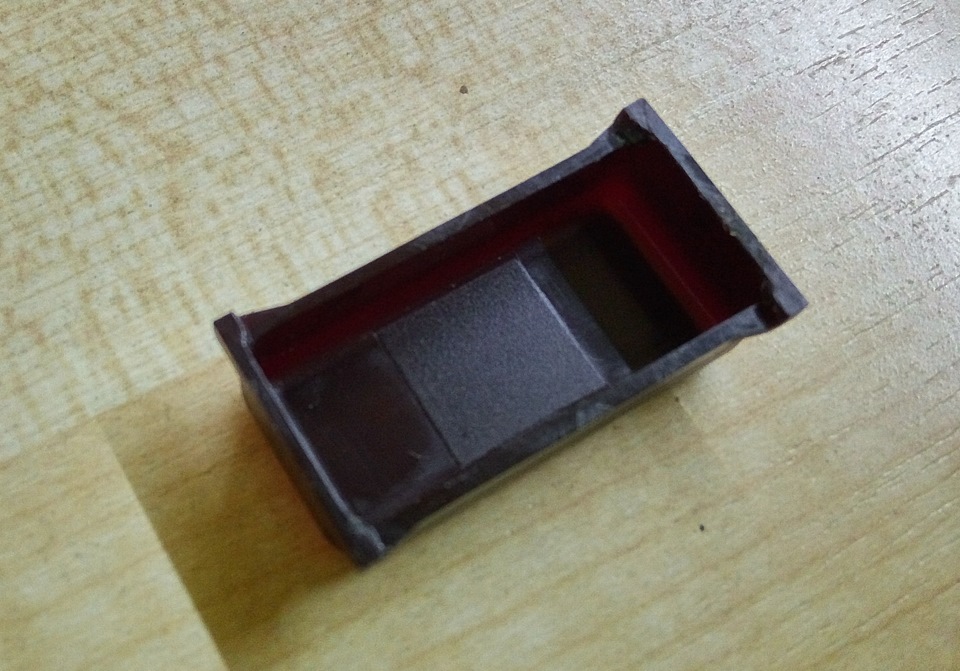 The voltmeter fit here just perfectly, as they did under this button.
In order for the numbers to glow equally, you need to make the surface inside evenly matte (slightly), i.e. remove the square in the middle, which served as a diffuser for the light bulb.
We remove the triangle from the outer part – sandpaper 1000, 1500 and 2000 is quite suitable. Now we torment the inside of the button. Everything is individual and depends on the components that you use. I cut mine along the red line 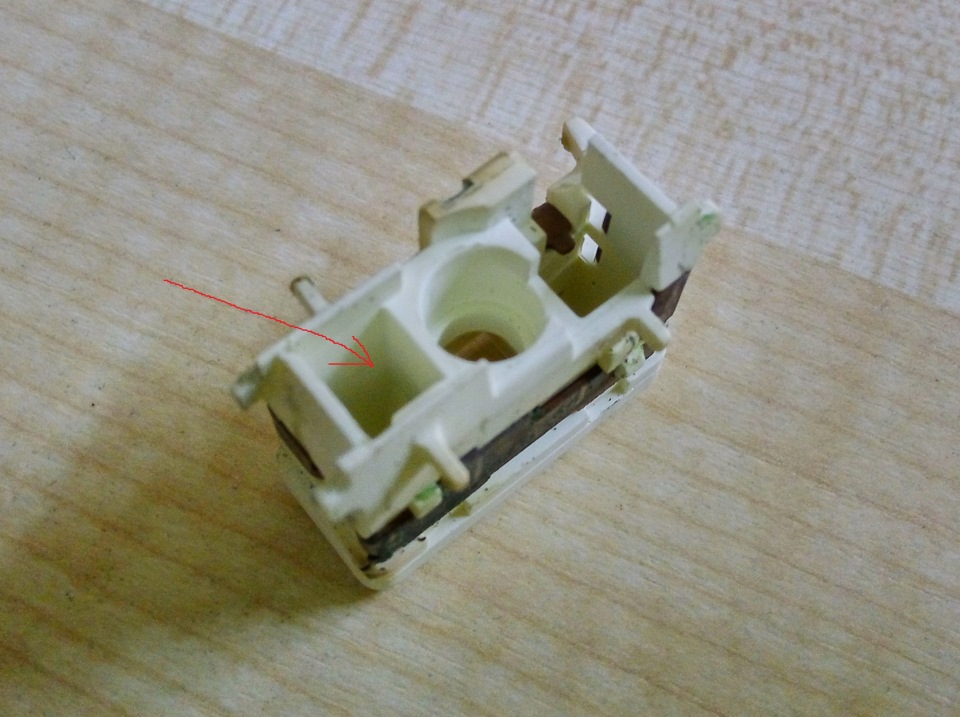 The 7mm Side Lock Button (PB-22E27) fits perfectly into the square hole. We have contacts inside. We cut, if necessary, the button (blue part) so that when we assemble everything when pressed, the button works normally. 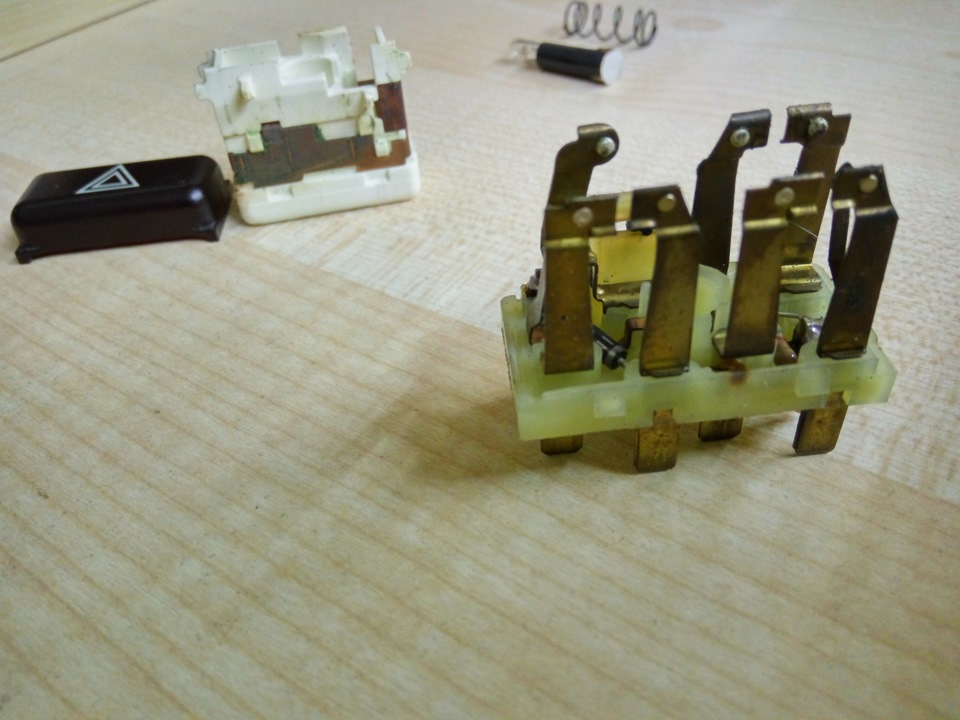 We only need contact plates to stick out, i.e. we cut off all this forest inside. Inside there are areas to which you can solder. We will use three contacts. Two inputs – gnd (ground) and + 12V (ACCY or R if you use ETM designations) – the voltmeter will be turned on only when the key is turned. And one control output + 12V switched by a button. Because the button holds only 0.1 A, then we use a relay to switch any load!

We throw out the light bulb, leave the cartridge – it will be the guide for the spring.
Everything. As a result, I got a voltmeter that fit into the overall design and a power button for audio amplifiers.