Let me remind you what I saw when I dismantled the cylinder head. 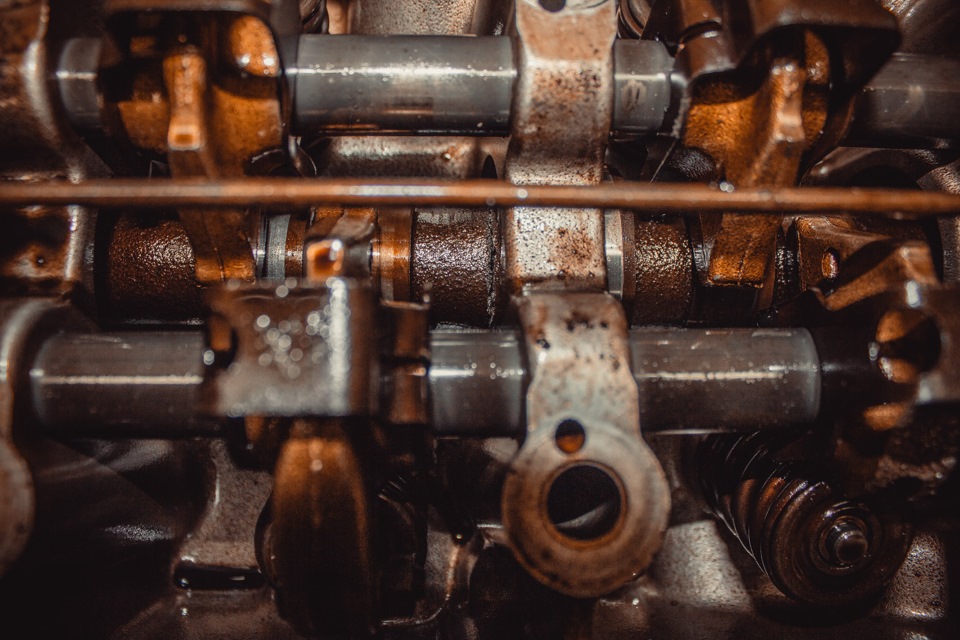 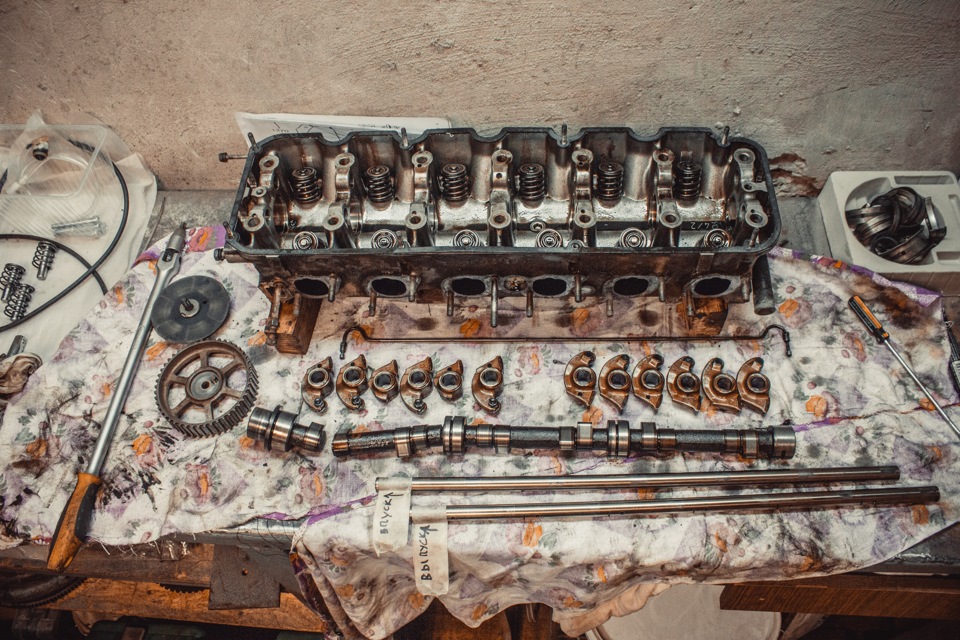 The result — the camshaft broke into three parts, two rocker arms (rocker, valve lifter) were broken. If you stick a valve into a stump, you can’t distinguish it from honey mushrooms)) All 12 pieces are bent — the counterbores on the pistons do not save. The valves, respectively, when bent, damaged the guide bushings – some of them became oval at the outlet.
Sadness. But there is nothing irreparable. The cylinder head carcass itself is intact, the surface of the camshaft bearings is in very good condition. So I decided to restore, especially since the price tags for 885 heads are completely inhumane and it is often unknown in what condition you will get it.

Naturally, first we wash everything properly In the documentation, the Germans write – when pressing in new guides, heat the cylinder head to 50 degrees, cool the guides to -150. Depth of pressing – the guide should protrude 14.5 mm above the plane from the side of the spring plates.
After replacing the guides, it is imperative to check the alignment with the saddles. If the axles are gone, fix the saddles. I have corrected one saddle on the inlet.
Be sure to check the inner diameter of the guides – it should be exactly 7mm (plus or minus 0.015mm maximum). After pressing in, the inner diameter may decrease, because. guides are seated with an interference fit. You may need to go through a sweep.
I gave the cylinder head to the repair shop, because I have no experience, no tools, no conditions for such work. At the same time, the plane was milled – 0.13 mm was removed.

ATTENTION! Before ordering new guides, it is better to press out one old one in order to determine the size and not miss. The same Metelli are produced in FIVE repair sizes.
I installed new guides – Metelli 011874 – outer diameter 13.24mm.

I take the cylinder head from the shop, again carefully washing it.

Now about the revision of the cylinder head.
As I already wrote, I had an m20b27 engine, manufactured in March 1987. Americans call it SuperETA. There are pistons with a puddle in the block, as in m20b25. The block is covered with 885 cylinder head, but it is not quite the same as on the m20b25. The camshaft bearings in it, as expected, are 7 (and not 4 as in the rest of the ETA), the valves and inlet-outlet channels are the same as in the usual 885, but the camshaft was set to four-bearing with narrow phases. And in this head, there are oil channels only in four of the seven camshaft bearings, i.e. to install the m20b25 shaft, you need to modify three supports by drilling channels in them.
For the reference points of future holes we take the existing oil channels – we mark the location of the missing ones on them. We look along the axis of the rocker arms where the oil channels should pass.
We add 3 oil channels from the intake side in the 2nd, 4th and 6th supports. And one more on the 4th pillar from the exhaust side.
We carefully measure everything, mark it out, measure it again, kernim and drill.
Channel diameter 4.8mm 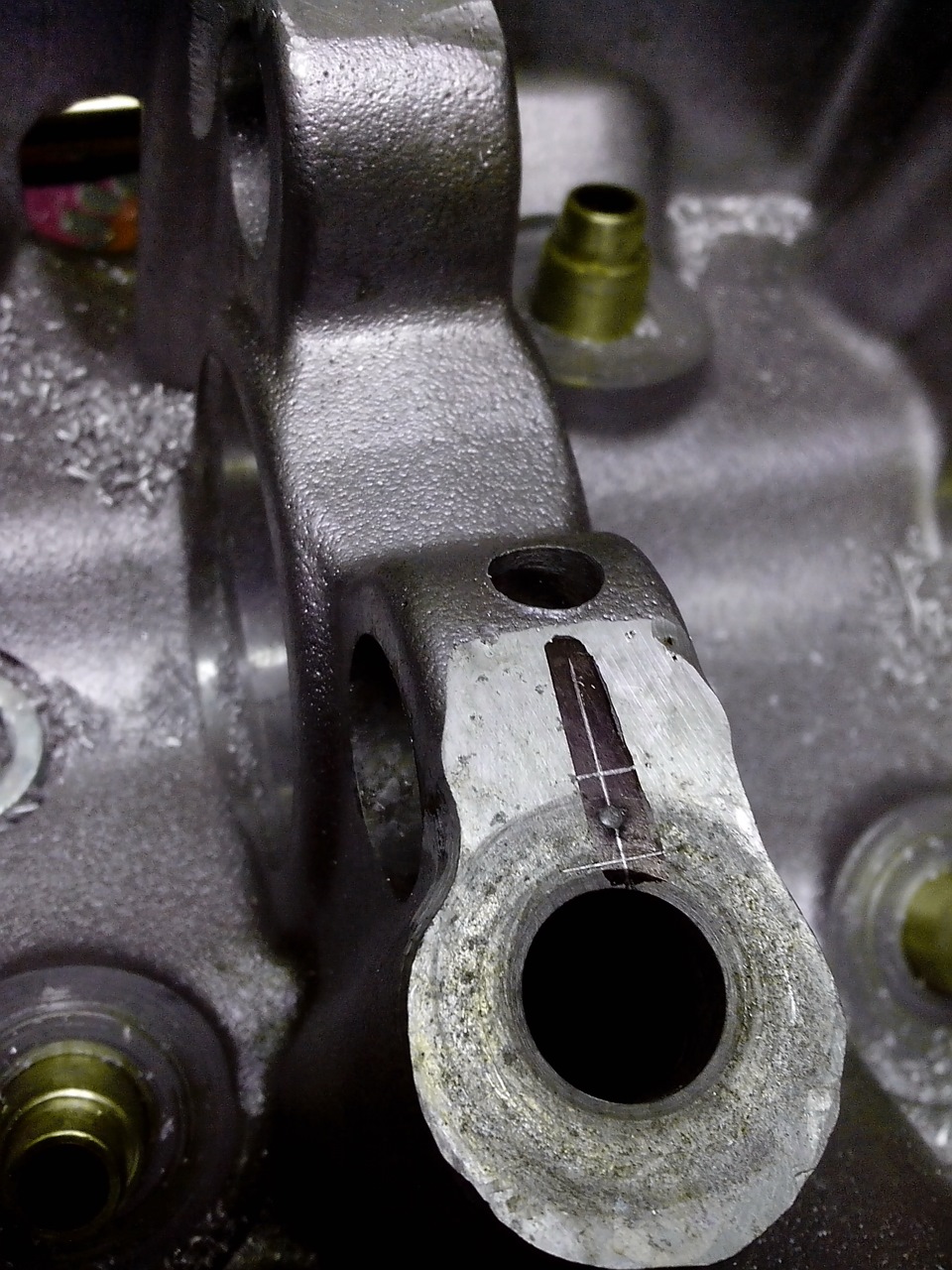 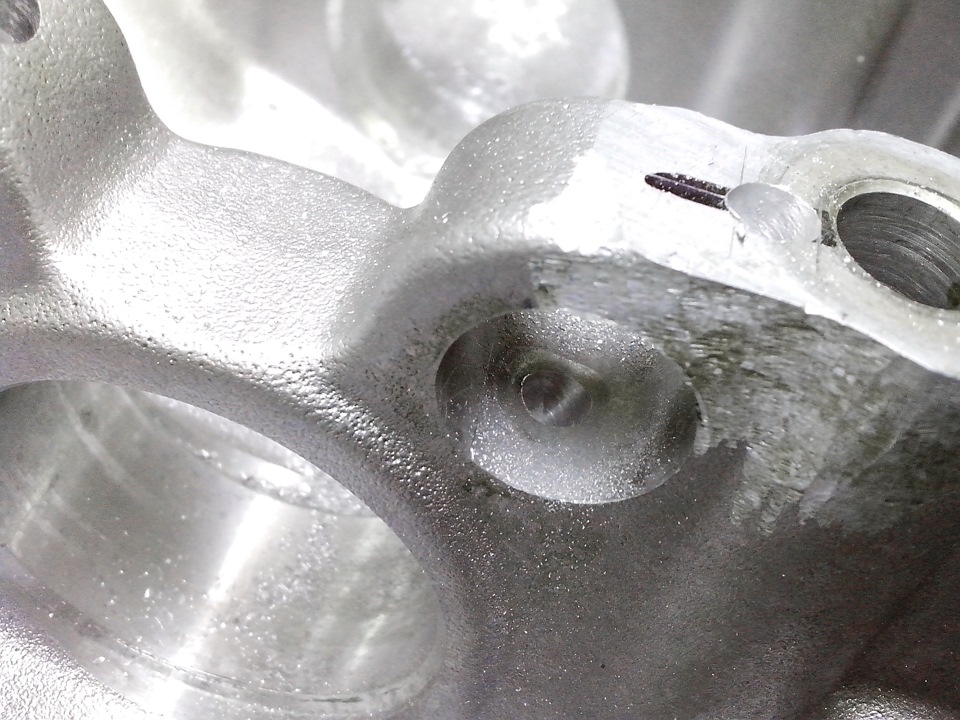 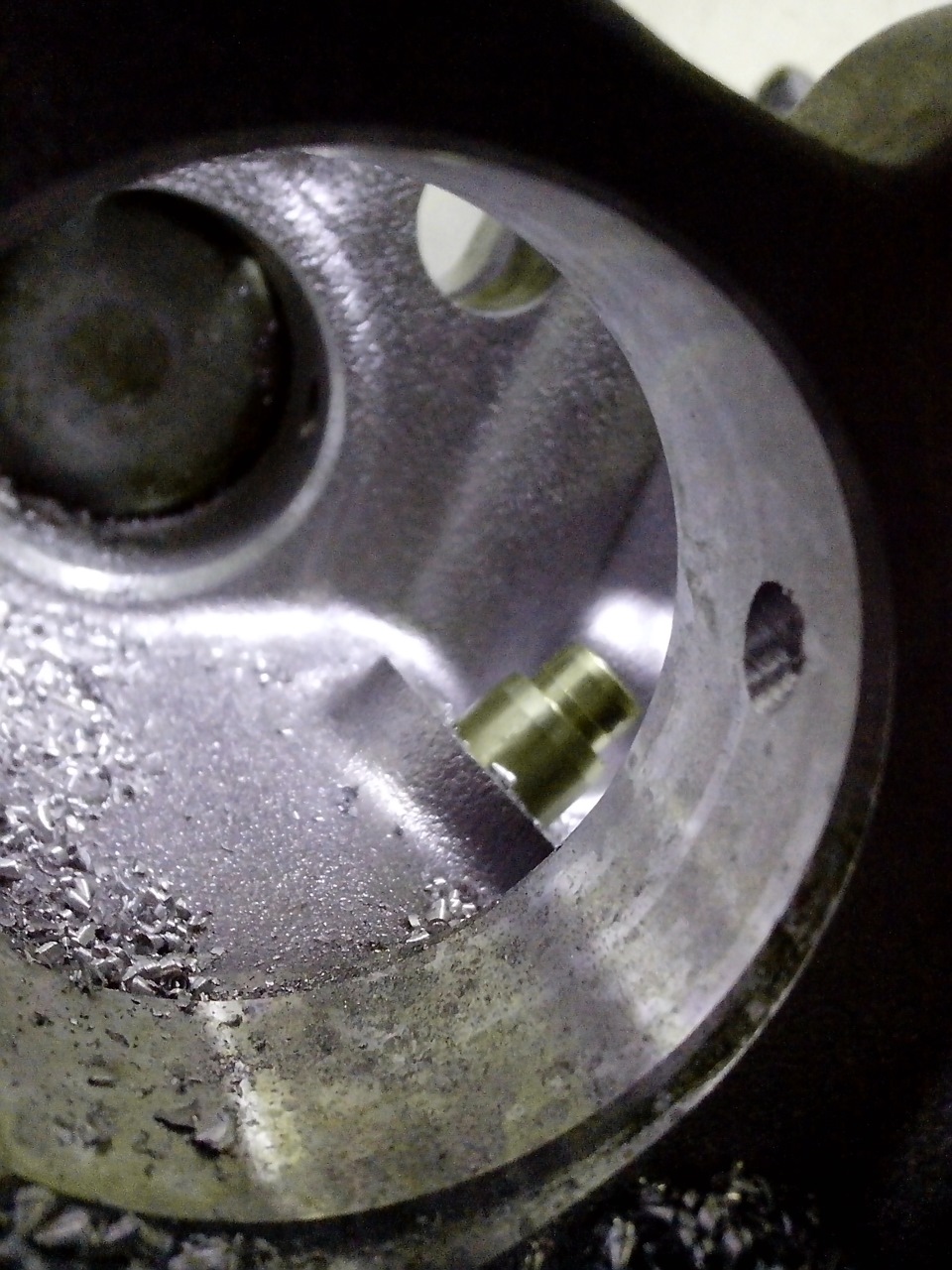 After drilling, carefully unfold the edges of the holes with needle files so as not to lift up the camshaft supports later. 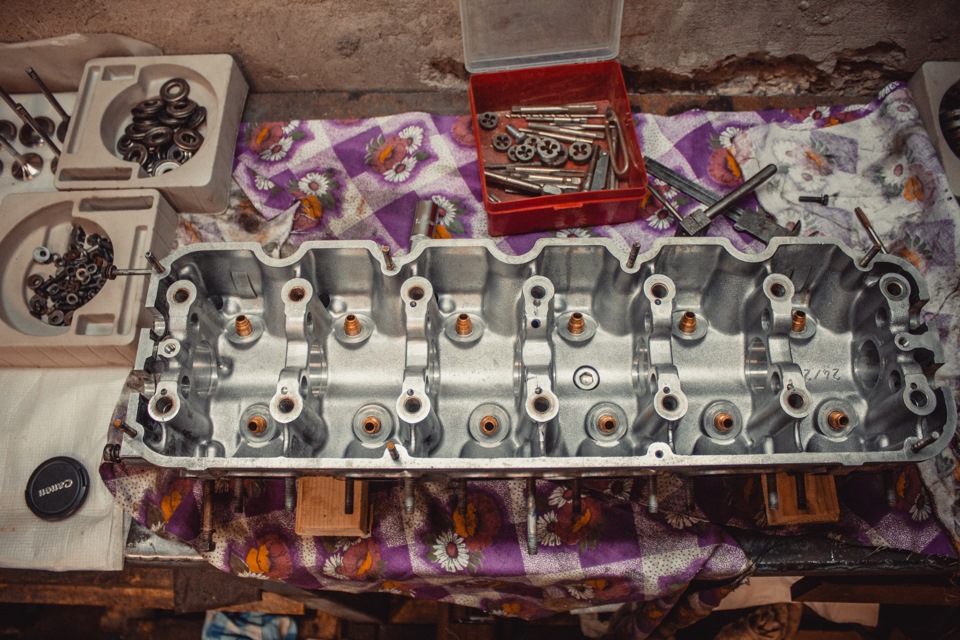